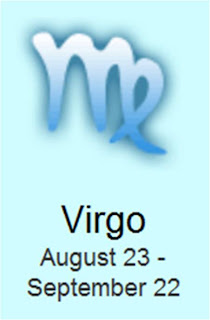 Virgo is the sixth of the twelve signs of the zodiac, corresponding to the constellation Virgo, and is depicted as a virtuous maiden.

The shape of the stars in the constellation simply that the woman is holding something. She is generally depicted as holding flowers, ears of corn, or a sheath of wheat. Generally she is nude; occasionally she is depicted with wings as a sign of her spirituality.

virgo glyph The glyph for Virgo looks like an upper-case letter “M” with a looped tail that hooks back into the right-hand leg. The glyph is very similar to the one for Scorpio.

Virgo tattoos can be of the image, glyph, or combination of both.

Virgo is an earth element sign, and is ruled by the planet Mercury. Often, it is linked to the ancient Greek story about the goddess Persephone. Persephone was tricked into marring Hades, god of the underworld, and lived with him beneath the earth. When she was gone, nothing on earth would grow. Persephone’s mother, Demeter, convinced Hades to let her return for half the year. When on earth, Persephone launched the springtime. During her absence, winter comes. Other legends say the woman is the Egyptian goddess Isis, or Astraea, the Greek goddess of justice (though that story is not favored, since it gets confused with Libra). Early Christian tradition claimed that the woman in the sky was the Virgin Mary. 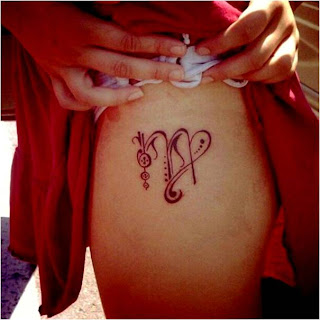 The Virgo personality is well-balanced, and combines both intuition and logic in their decision. They tend to have only a few close friends, and would rather just smile than laugh. Virgos make good secretaries, scientists, and gardeners. The lists below show a number of characteristics, both positive and negative, that different sources attribute to Virgo: 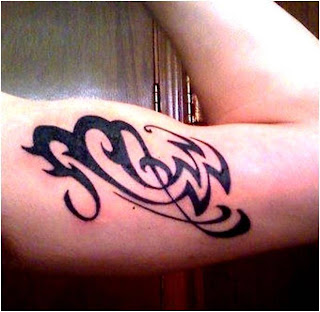 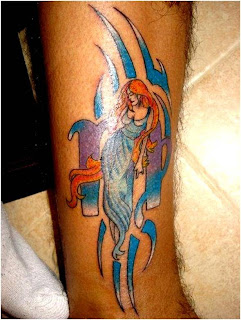 Characteristics associated with Virgo, which may be customized into a unique Virgo tattoo design: