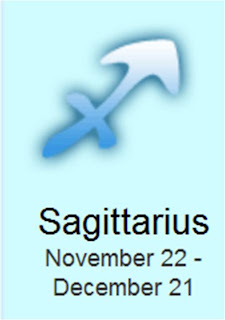 Sagittarius Image Sagittarius is the ninth of the twelve signs of the zodiac, corresponding to the constellation Sagittarius, and is most often depicted as an archer. More specifically, the artwork depicts the archer as a Centaur – an immortal being with a horses’ body and the upper torso of a man. (Not to be confused with a minotaur, which is a man’s body with a bull’s head.) The Centaur is often considered the “complete man,” because he is at once animal, spiritual, and divine.

Sagittarius glyph The glyph for Sagittarius looks, not surprisingly, like an arrow. The tip of the arrow points to the upper right, and is intersected by a straight line in its lower third (like crossing a lower-case “t”).
Sagittarius tattoos can be of the image, glyph, or combination of both.

Sagittarius is a fire element sign, and is ruled by the planet Jupiter. Sagittarius is linked to the ancient Greek story about Cheiron (sometimes spelled Chiron or Kiron), king of the centaurs. During a battle, he was accidentally injured by one of Hercules arrows; an arrow that had been poisoned by the blood of the multi-headed Hydra. Since Cheiron was an immortal the poison did not kill him, but he was destined to a life of eternal suffering. To ease his pain, Zeus turned Cheiron into a constellation, so he could live forever in the sky. 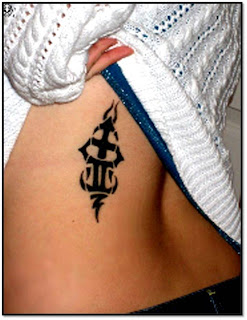 The Sagittarius personality seeks harmony with others, and believes that money should be shared among all (“if you have it, spend it”). Sagittarians make good lecturers and philosophers. They love to be active and travel. They make friends quickly, but are sometimes naively overconfident about who to trust since they don’t see the bad in others. The lists below show a number of characteristics, both positive and negative, that different sources attribute to Sagittarius: 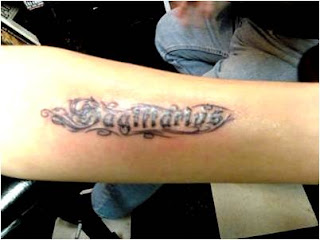 Characteristics associated with Sagittarius, which may be customized into a unique tattoo design:


Famous Sagittarians include Beethoven, artist William Blake, and Catherine of Sweden.
at 2:26 AM